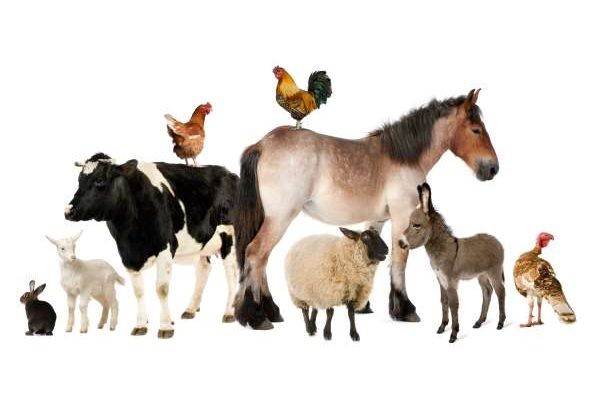 I have had the opportunity, or rather the blessing in my life to grow up with animals in our home. There were nearly always one or more dogs. Some were pure bred some were strays that I found on the street.

Every Easter, when we would visit a village, I also managed to befriend the lambs, kid goats and donkeys that happened to live there. My sister and I would bottle feed the lambs, and I would always care for any animal that I encountered. It was very common for my sister and I to wander about the fields followed by a procession of dogs, goats and sheep…

From early childhood I understood that animals have intelligence, emotions and personality. I had the opportunity to observe their reactions to me, as a human, but also their behavior among themselves. It was clear that they had their own social canons that governed their interaction.

I couldn’t understand why some people used phrase like: “Dogs are all alike.” Or “It’s an animal, it’s senseless.” Sometimes it made me angry that so many people seemed to have no respect for non-human creatures.

I have been fortunate that then, and now, that I share my time between the sea and the mountains, I was and am able to maintain contact with all of the animals that have had such an impact on my life and that are etched in my earliest childhood memories.

As an adult that has actively sought esoteric development and, as a result, altered her consciousness, I find myself once again spending time with those beloved creatures. I revel in my walks on the mountain in the company of the sheep and goats, confirming that which I had observed as a child: their intelligence.

I realize now that it is impossible for me to single-handedly rescue every stray I find, or to save every farm animal from slaughter… The pain I felt as a child because of my inability to help those animals has now been transformed into an active intervention at the source: working toward raising human consciousness of the way we perceive animals.

I have chosen writing as the means to that end, my way of reaching out to my fellow humans and entreating them to develop more conscientious and responsible attitudes and behavior towards our non-human neighbors. At a deeper level respect for life itself, whatever the form. Many may be thinking : “But they are only animals…”

True, they may be animals, but every life form has its value within the ALL of existence. Every unique being is the creation of a higher universal force.

The meaning of existence, as acknowledged by Quantom Physics, has acquired new significance in the knowledge that every life form is energy. Every energy has a unique vibration. As such everything, humans, animals, plants and all that surrounds us vibrates at different frequencies, speeds and directions.

Thousands of years prior the teachings of Hermes Trismegistus stated that every life form is connected to a great energy plain (from the lowest and slowest vibration, to the highest and fastest): and thus to a great material plain, intellectual plain and spiritual plain. Every plain of existence is broken down into seven sub-levels – and each sub-level into seven more specialized levels. The great material plain is categorized into solid, liquid and gaseous. The intellectual plain is categorized into plants, animals and humans. The great spiritual plain is populated by beings of high frequency, known to metaphysicists.

It is no accident that two animals are particularly close to humans: the dog and the horse. Their contribution to the quality of human life is acknowledged both for companionship and assistance. Those animals are at a high level of consciousness and their spiritual development moves parallel with that of humans on the intellectual plain.

A few day ago I was given the opportunity yet again, albeit in a very different and unexpected way, to perceive the consciousness of animals, horses in particular. Not to shadow of course the great impact that dogs have on the spiritual and physical health of humans as supported by medical research, not only in physical rehabilitation but also serious cardiac problems.

So, as I was saying… a few days ago I experienced Equine Therapy. In this instance the horses are the therapists. Horses that have suffered (most often at the hands of humans) whether at the race track or commercial stables, that are considered worthless due to advanced age but have been saved from the slaughter house.

With the care and training offered by inspired humans those horses have their dignity restored and are able to assist humans through their high intelligence. For all who may be interested, this process has been developed by EAGALA (Equine Assisted Growth and Learning Association) and is currently functioning in 41 countries around the world. The horses assist humans on their path toward development, self knowledge and therapy.

As a sojourner on the path of self knowledge and esoteric development as a way of life, I really wanted to experience that cooperation, seeing as I have great love and respect for animals.

The coordinator, Doctor of psychiatry Niki Markogianni who established EAGALA in Greece (Athens), offered to guide me. What surprised me most was when she explained that the horses themselves choose the human that they will “work” with – not her as the supervising therapist. As such she entered their enclosure and asked “Who would like to work today?”

The horse that stepped forward would become my “therapist” for a personal session of approximately one hour’s duration. The horse was led to a large fenced space and waited patiently. Dr. Niki handed me a lead rein and instructed me to enter the coral. I did so, attached the lead rein to the horse’s halter and waited for instructions. “Give the horse a name, the symbolism you would like the horse to have while you work together.”

I looked up at the horse and said: “I name you, my consciousness”.

“Nice” Niki nodded in agreement then continued: “In life there are different paths and different obstacles on each one. I want you to create, using the materials available here, the path you have chosen to work on in today’s session and the obstacles you believe exist on that path”.

I gathered whatever was there in the space and began to construct my obstacle laden path.

I had chosen to work on an area I had already been working on alone for a few months: the self-determination of emotions. As obstacles I constructed my hypersensitivity and the emotional impact that certain life events continued to have on me.

Initially I began to walk the perimeter of the enclosure as Niki had instructed me, observing constantly the behavior of the horse that was with me. The horse – my consciousness – never left me, walking quietly and steadily, pressing its head against my arm or shoulder as if to say: “I am present in your life”. We calmly made a complete circle of the enclosure and then Niki gestured it was time for us to enter the “path” I had constructed.

The horse continued to walk with me as we followed the path and even walked through the obstacles I had built. We emerged from the opposite end of the path as calmly as we had entered.

Across the enclosure I saw Niki and she shouted: “Marvelous! Simply marvelous!”

I couldn’t understand what she meant. The horse and I returned to where she was standing and she explaid that the very same horse had been working with someone the previous day, and simply would not move at all. It stood firmly in one place and no one could get it to budge. On the contrary, even thought the path I had constructed was quite narrow for the size of the horse and the obstacles right in the middle, it had nimbly picked its way through the obstacles, not once leaving the path that I had created…

In other words the horse was absolutely conscious throughout the duration of our session. It was with me calmly and steadily and with unflinching self determination navigated the path and passed through the obstacles, with ease and flexibility.

The horse had assumed its role as my therapist, showing me the state of my own consciousness: its steady presence in my life and the ease and flexibility through which I could determine my emotional state. I had not yet realized that…

It also showed me something else. Just how sensitive it was in “sensing” and “feeling” the state of others, wanting to help them.

It isn’t sensitivity that causes someone to panic or lose their bearings and become uncoordinated in the face of difficulties, whether their own or those of others. That is weakness.

The horse showed me that sensitivity requires composure, and that composure springs from inner strength and self determination.

Sensitivity can’t be found in reactionary behaviors in response to a situation. It emerges through our PERCEPTION AND EMOTIONAL INTELLIGENCE.