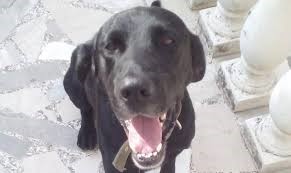 The last few years that I’ve been living in a village in central Greece I’ve experienced many wonderful things, but I’ve also realized that here as well as in the large cities brutality exists.
When you are living in the city it is comparatively easy to ignore. You see something upsetting, you turn down a different street. The busier you are, the easier it is to be indifferent.
I was witness to a brutal act here in the village of Anthiro Itamo near Karditsa. The anguished yelps of the dog that was brutally murdered with a shovel by a neighbor brought home to me the bestial nature of some people, but also the ease with which indifference affects neighbors and authorities alike in regard to enforcing law #4039/12, the arrest of the perpetrator of the bestial act.
We like to speak about a better society…

How can our societies change though if we ourselves are unwilling to change? If we do not become consciously aware of our actions, of what we do and why, how can we hope to improve? If we ignore brutality, do we not become accomplices to it? Why should we be afraid to step up and demand justice for creatures unable to defend themselves? If the authorities refuse to act then aren’t they just as guilty as the perpetrators?
It is time for us to realize that our power as citizens lies in the awakening of our consciousness and our unity toward the goal of a better world with justice and principles. As impossible as it may seem we are living the period in which the great change will come. The more responsible we become as beings, the sooner the world will be transformed.
Personally I feel an obligation to dedicate my action not only to the exercise of justice for the heinous crime I witnessed, but also for my involvement and efforts to inform the public and the local authorities.
The realization that more and more individuals out there are embracing the same values and principles, as well as my ability to harmonize with individuals characterized by will, bravery and the vision of a more humane society, is what gives purpose to my life.
Finally I would like to express my immeasurable gratitude to the President of the Karditsa Animal Wellfare Organisation, Evi Thanou, as well as the vice-president Katerina Gkanatsou, for their immediate action and selfless assistance for that purpose.