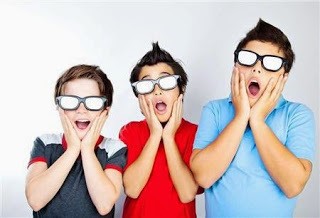 Attractive faces, nice clothes, the rich and famous, titles of nobility, grand homes, social recognition… Those are the images we are conditioned to admire: on the internet, in magazines, and very often in day to day life.

For years I was caught up in that system of measuring value, power, success that is promoted as the absolute purpose for any human life.

As I entered puberty however a light inside me guided me toward another path, timidly at first but as the years passed my steps became more confident, and I could distinguish the essence from the illusions.

I was just a girl of ten when I first wondered: “Why are we alive? What is it we are born to do? Where do people go when they die?”

Like most young people my mind was full of questions…

The situations I faced were such that I was led to seek the answers I sought so keenly on my own from a very early age.

I found answers initially in books. I felt that each book was a wise soul that could understand and guide me on my quest. I didn’t feel that way about just any book though. I was seeking something beyond sterile knowledge and information; I was looking for life force, the pulse of existence. I was particularly fond of any book which propelled me to better myself, as a human being. Books about positive thinking, about esoteric development, books drawn from the lives of others, those books have been my companions throughout every moment of my life.

I’ve always had particular interest in biographies, the stories of real-life “warriors” who managed to surpass the difficulties they encountered on their path and to share their message. I was mesmerized. Every word, every meaning that I discovered within those pages stirred something deep inside me that I was then unaware of and wouldn’t discover until years later.

At the same time all of the external visual and auditory prompts accounts of success, worthiness, glory, fame, beauty which bombarded me relentlessly in my immediate environment were fertilizing the seeds of my own search for self.

Questions were constantly coming to mind with increasing frequency, in particular from the point when I began to blaze my own trail, to sense the flame burning inside me and to heed the inner voice which was guiding me. I often asked myself: “Should I admire those people? Have I chosen those role models for admiration? Or have those role models been imposed on me by others?”

As the years passed my own life would come to insure that my attention was drawn to my own enlightenment and not the “enlightenment” of others. That enabled me to distinguish between my chosen role models and those projected by others.

All things simple, unaffected, well-formed, true, bright, kind, just, open, of essence, tender, sweet, romantic, serene, free, honorable, sensitive, sincere, artistic, creative, noble… Compassion, love… Those were and are the qualities that are worthy of admiration to my mind in any individual or situation.

Those are the notes that compose the melody of the soul, the majesty that exists within every human which is concealed under layers of ignorance and illusion.

Until each of us finds the will to break the chains of ignorance and illusion and see the Sun in ourselves and all that surrounds us. The choice is ours, our actions ours as well. We are all uniquely responsible for our own reality.

I once told someone close to me: “If I feel you are limiting my freedom, that will guarantee that you lose me.” At that time I wasn’t aware that “external” factors are not able to limit our freedom, only we ourselves are. That was the first step on the path to discovering the source of my freedom inside, to realize how much power we give to those around us to determine our freedom when all the time it is right their inside us just waiting to be acknowledged. We don’t see it because it is inside us while we insist on looking outside us. It was suddenly clear to me that what I really needed was my inner freedom, not to be told I was or wasn’t free by others.

So how do we achieve that?

Only through knowledge of self could I hope to discover the path to that freedom from ignorance and illusion. The will to liberate myself enabled me to perceive that I, like so many others’ was bound in Plato’s cave”, bound by the limitations set by my own mind.

I however, wanted truly to liberate myself, whatever the cost.

That conscious realization illuminated within me yet another aspect of my reality, it brought me closer to inner harmony with my own life models, to the examples I admired.

It dawned on me that what had enchanted me from childhood in the pages of my favourite books, was the turning point in perception that I was finally experiencing myself.

I admired and still admire the free spirit that which dwells in every human soul.

I admired and still admire the daring our soul exhibits in its ability to overturn any adversity at will.

I admired and still admire the soul’s dynamism in overcoming any obstacle.

I admired and still admire the majesty of the soul in creating a new a true life.

I admired and still admire every soul which becomes an example to be emulated through its life and works, thoughts and practices.

I admired and still admire the soul that can envision a better society and contribute to that goal in its own way, through the qualities, talents and abilities it has.

Those are the role models for admiration that inspire me: conscious proactive participants in life, earthly and humane examples of individuals who manage to fly high while keeping their feet firmly on the ground. That is the majesty of a life of meaning and purpose.

I consider that the means by which I can honor and validate the gift of life I have been given, this unique human existence on Earth that I dedicate to the Greater Good and the Good of ALL!