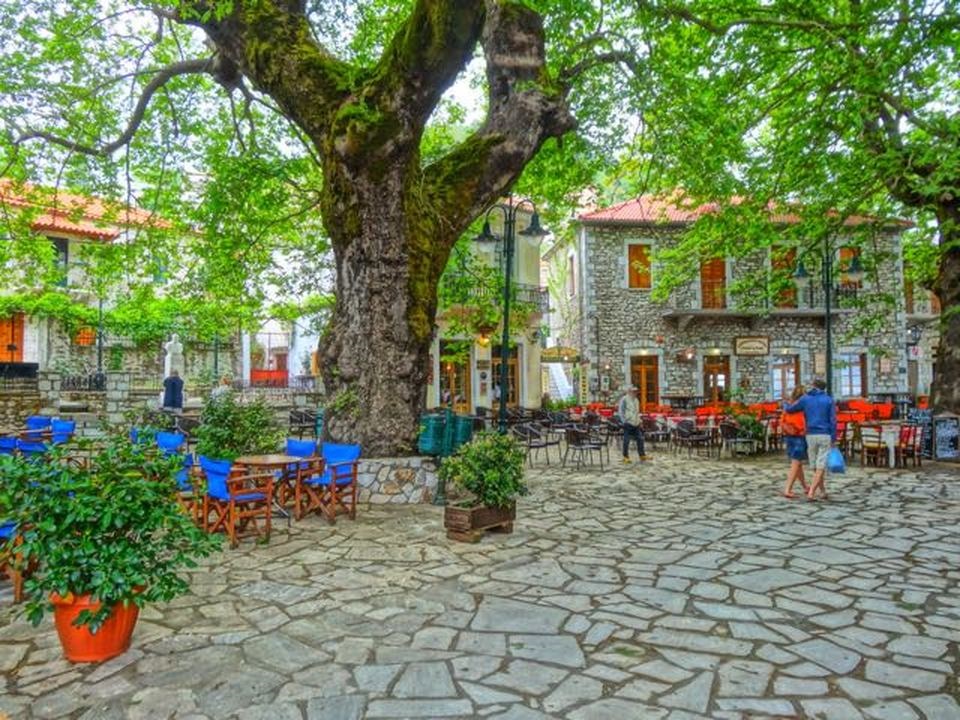 “You are attractive and educated, how come you are living in a village?”

That question was put to me just yesterday by I woman I ran into. To her, as to many other neighbors I have acquired here, it is simply incomprehensible, even though they see me here among them every day in this place I have chosen to call home, a village that belongs to another era…

Once snugly inside my log cabin, all night I wondered, “Why is it that so many here find my choice so peculiar?”

Of course I realized that it was the same query that filled the minds of my family and social circle when I first decided to relocate to the countryside, seeking the warmth of nature’s embrace.

It is the intrinsic trust I have for my inner guide which once again provided me the strength and the answers for that step which had summarily been rejected by those around me. Yet again that inner voice softly whispered: “Listen to the guidance from deep within, don’t seek the approval of others who live and think differently than you do. Every one of them judges in their own way, from the perspective of their experiences and conditioning.”

That woman’s question, “You are attractive and educated, how come you are living in a village?”, set in motion a train of thought: it was the norm that only “unattractive” and “uneducated” people lived in villages, and an anomaly for “attractive and educated” people to want to. The question itself brought an answer to mind in the form of a lovely flower that my imagination painted. “Where will a flower be happiest? In the earth which nourished it until it bloomed? Or cut and on display in a vase in some socialite’s salon, where at best it may receive a passing glance of admiration?”

Oh, what we put ourselves through for the sake of being admired…

That embedded need for reaffirmation of our worth, from existence, from the opinions of others… How many lives have been bound up in its web? How much joy and happiness have been suppressed? Why do our minds and egos seek so to feed on the evaluations of others? How great our sense of freedom and happiness would be if their source were none other than our own sense of self-worth developed through a conscious way of life?

By hunting happiness through monetary wealth and profit, social recognition and professional success, the “treasure” you think you are amassing is only a handful of lumps of coal.

To see the proof all you need to do is to notice how many people have chosen to follow that model in their lifestyle. The majority are not living the happiness they thought their efforts would bring them and are also plagued by constant stress. I can’t help observing the angst that drives not only those who aspire to creating that lifestyle for themselves but also those struggling to maintain such a lifestyle, to feed their addiction for approval.

In large cities human relations become impersonal and superficial. How could it be any other way when most people have no time to breathe? How can they be expected to give their time for others when they are unable to find time for their own selves? How can you give something you haven’t got? How can they become conscious of their condition when they have no time to sit and reflect on what is happening inside them and around them every day of their lives?

Worst of all, most people never even ask themselves, “What is going on here, why do I constantly feel stressed out?” Fleeting thoughts, often disregarded as the result of exhaustion, may cause them to slow things down temporarily, but only for the purpose of gathering strength to renew with even greater zeal the quest for satisfaction. That behavior usually only creates a cycle that rarely if ever leads to any meaningful re-evaluation of one’s life.

We have come to resemble androids programmed to generate profit and favorable opinions from others as the measure of our value and influence. We remain blind and deaf to the messages our own bodies try to give us: dissatisfaction, illness, disharmonious relationships, absence of joy, those are all symptoms of stress that our own bodies generate. And we ignore them, because we refuse to acknowledge anything but “success”, “wealth”, “recognition”… poor concepts in comparison to what ur souls are really seeking.

We persist in living at such a fast pace because the belief that the “faster” you live, work, play, the more money you’ll earn has been deeply ingrained in us. We have been conditioned that the more money one has, the more respect they will be shown. The more respect someone is shown the more value they have and the more value they have, the greater recognition they will enjoy socially. The more humane life rhythms of the countryside on the other hand, are viewed as base social retrogression.

“Who will I become if I suddenly stop running in the ‘rat race’?” “What will be my value if I received no recognition from others?” “Who am I if I’m not like the others?”

Those are just a few of the questions, the answers for which are hibernating within us. All of us at any time have the choice to waken that part of us which is sleeping, to open the door to life and allow the light of genuine happiness to flood our being.

If we manage to unearth the illusions upon which we build our lives, if we have the will and daring to break our bonds to the illusory “needs” that have been imposed on us by the alleged progress of the industrial revolution with its unbridled thirst for profit, then we could become consciously aware of the matrix in which we live. When you perceive the fact that what is presented to us as progress, what concentrates large portions of populations in cities on the false pretense of a “better” life, it is a startling revelation. Humans crush themselves into concrete cages, far removed from nature, the source of any real autonomy and independence. We search in vain through false stimuli for joy, happiness and some meaning to our existence. The result is that we lose our connection with the earth and sky, and the blessings of serenity, joy and happiness that connection provides are torn from our lives. To be surrounded by organic life is an endless source of energy: plants and animals, the sun, the moon, the rain, the wind… we all share that life force which nurtures and creates.

Where else are we to access that strength if not from our primordial connection to the earth and our connection to our own being? Where better to re-establish and strengthen those connections than the countryside, than a village?